Shad fishing for us, along with many others, has been rather frustrating and difficult to pattern this season. Fishing for them in general hasn’t been all that great, which left us unsure of what to expect for this year’s Shad Shootout. Nonetheless, we were excited to get another opportunity to participate in a great event benefitting Heroes on the Water. Not to mention getting to spend a little time with our kayak fishing brethren from near and far that we simply don’t get to see often enough.

I know some may be curious of what we did on tournament day that led to us catching the fish we needed to catch. Therefore, the following will be a play by play from my (Josh) point of view of the day’s events. 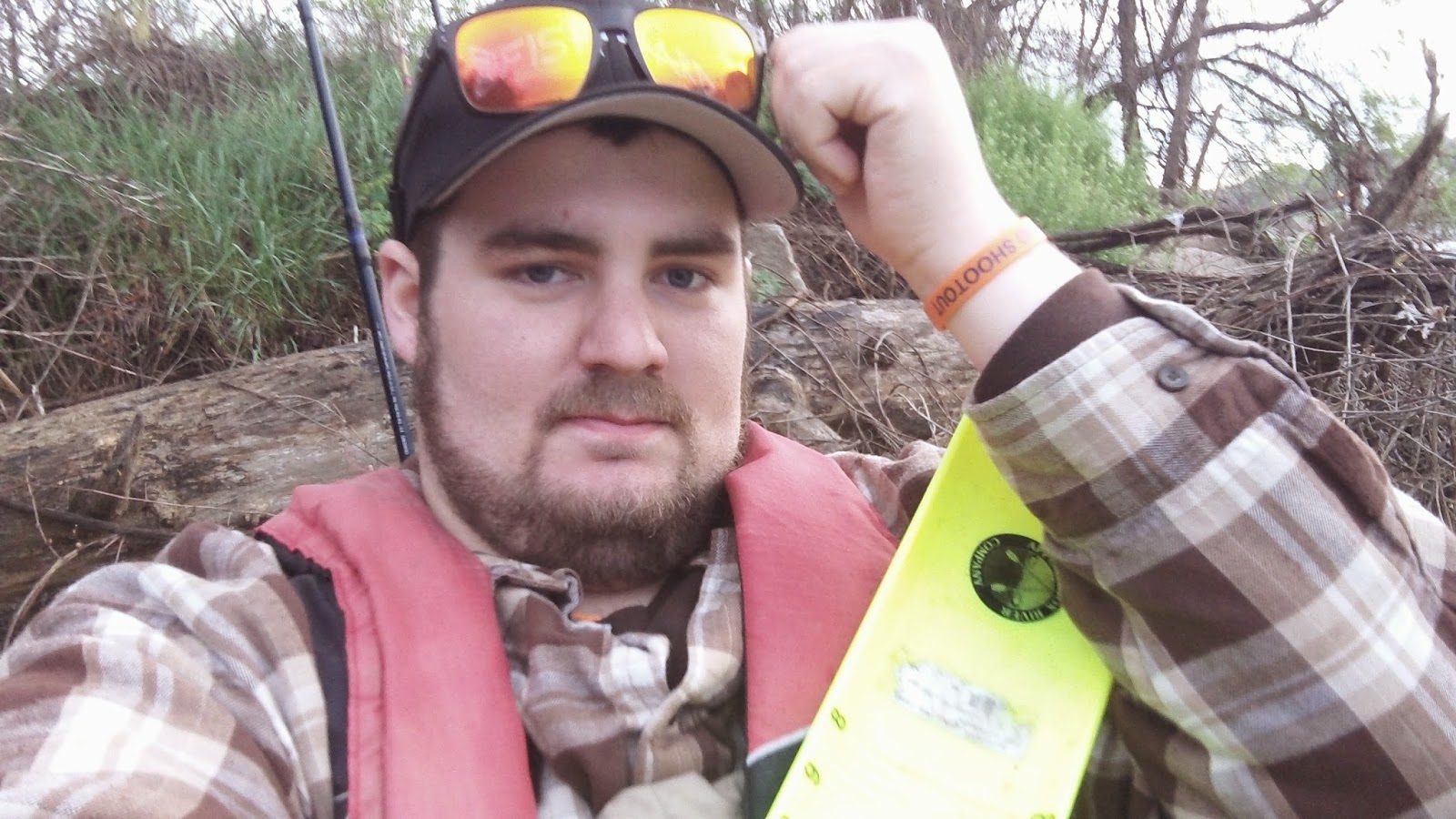 Knowing how insane and impossible the Anncarrows ramp can be on a Saturday morning, Grant and I made it a point to be at the launch earlier than some might think necessary. With the particular tide cycle we had, and the rest of the fleet starting upriver, we decided it would be wise to start our day downriver.

We got in position and awaited the 6:45 “lines in” call. Meanwhile, through the fog rising off the water we were graced with one of the coolest spectacles any angler could hope to see, the tiny topwater pops of herring getting obliterated by the abrupt, destructive blasts of Striper inhaling fish like candy!
IT. WAS. EPIC.

The casting began and fishing was tough. Slowly but surely we started picking up Hickories here and there. Grant began sticking them left and right while I was retying a broken leader. I got a new gold spoon tied on and quickly evened the odds by catching a few on back to back casts. 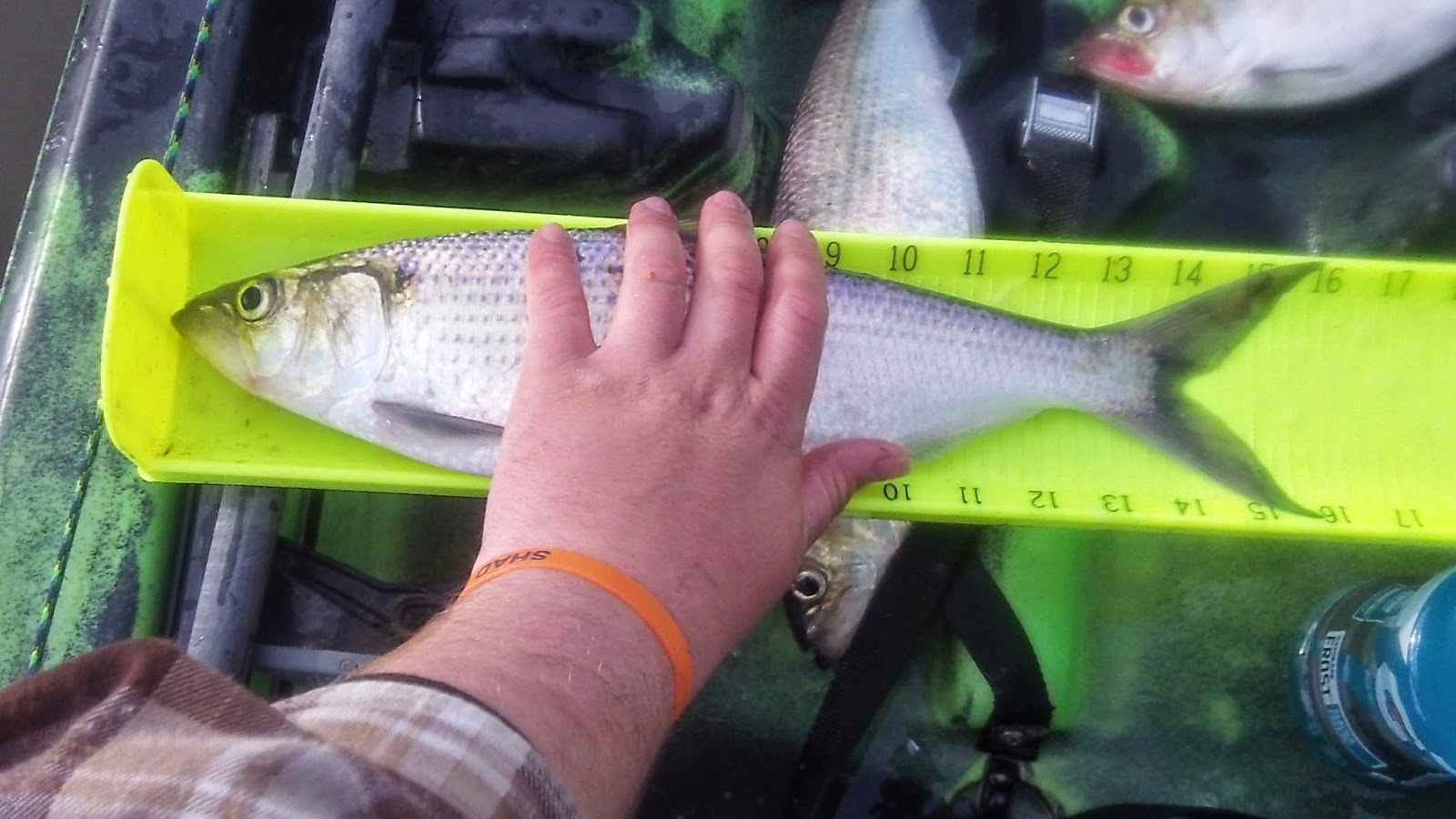 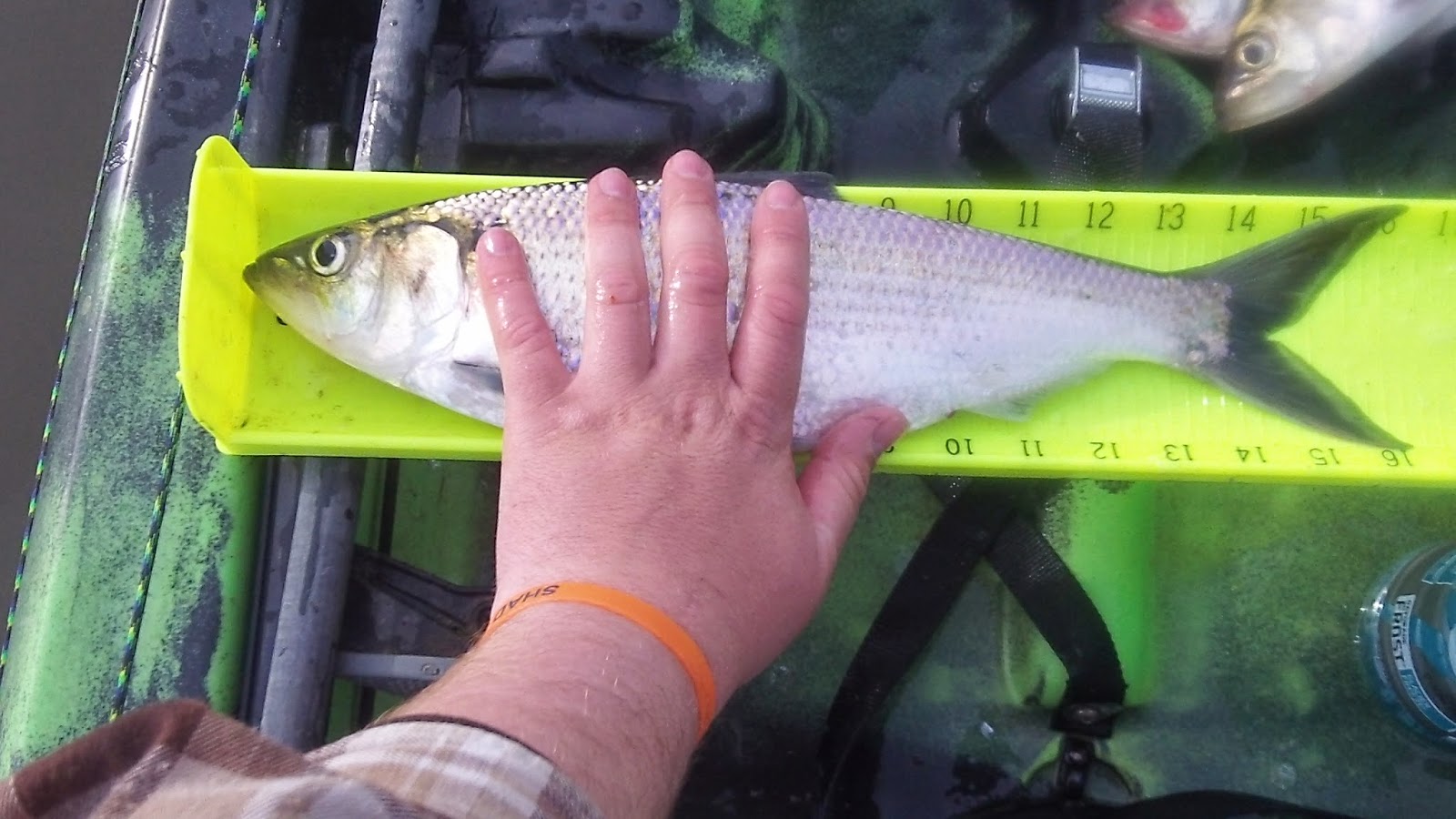 I left Grant with the Shad and began searching for a catfish. He had me by a half inch at this point but I wasn’t worried…. I’d catch a good cat and it wouldn’t matter, or so I thought. After getting pestered by tiny cats while drifting I decided to hit a few spots that have produced good Flathead for me in the past. As I got anchored up Grant began drifting over the same water I just covered. Sure enough after what seemed to be two dozen passes over the exact same stretch of water, I watched him hook up with a good Blue Catfish. It was the Blue that would eventually help him win the tournament. 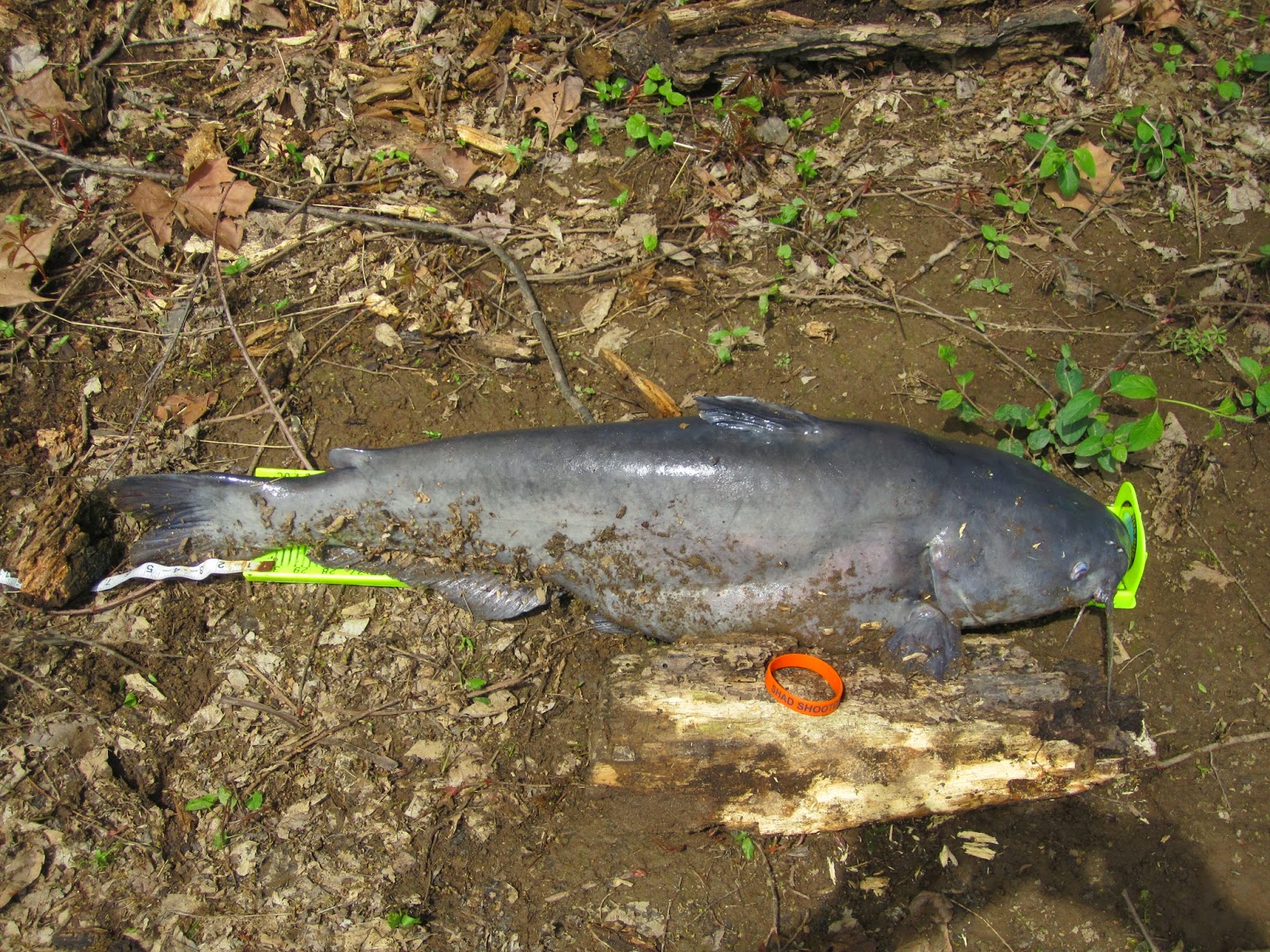 By this time the clouds had moved out, making the task of catching a respectable cat almost impossible. I decided to head up river in search of Striper and Perch, Grant followed close behind. We began to get word of a big cat that had been caught earlier in the day, and if the rumor was true such a fish would threaten Grant’s chances for a repeat Shootout victory.

We got into position and began casting again; it wasn’t long before I started picking off Striper. I ended up catching around a half dozen, the biggest at 20 ½ inches rewarded me with 1st place in the Striper Division. We both tried for Perch in the areas we caught them the day prior but it seemed they had simply moved farther up river with the cycle of the tide. 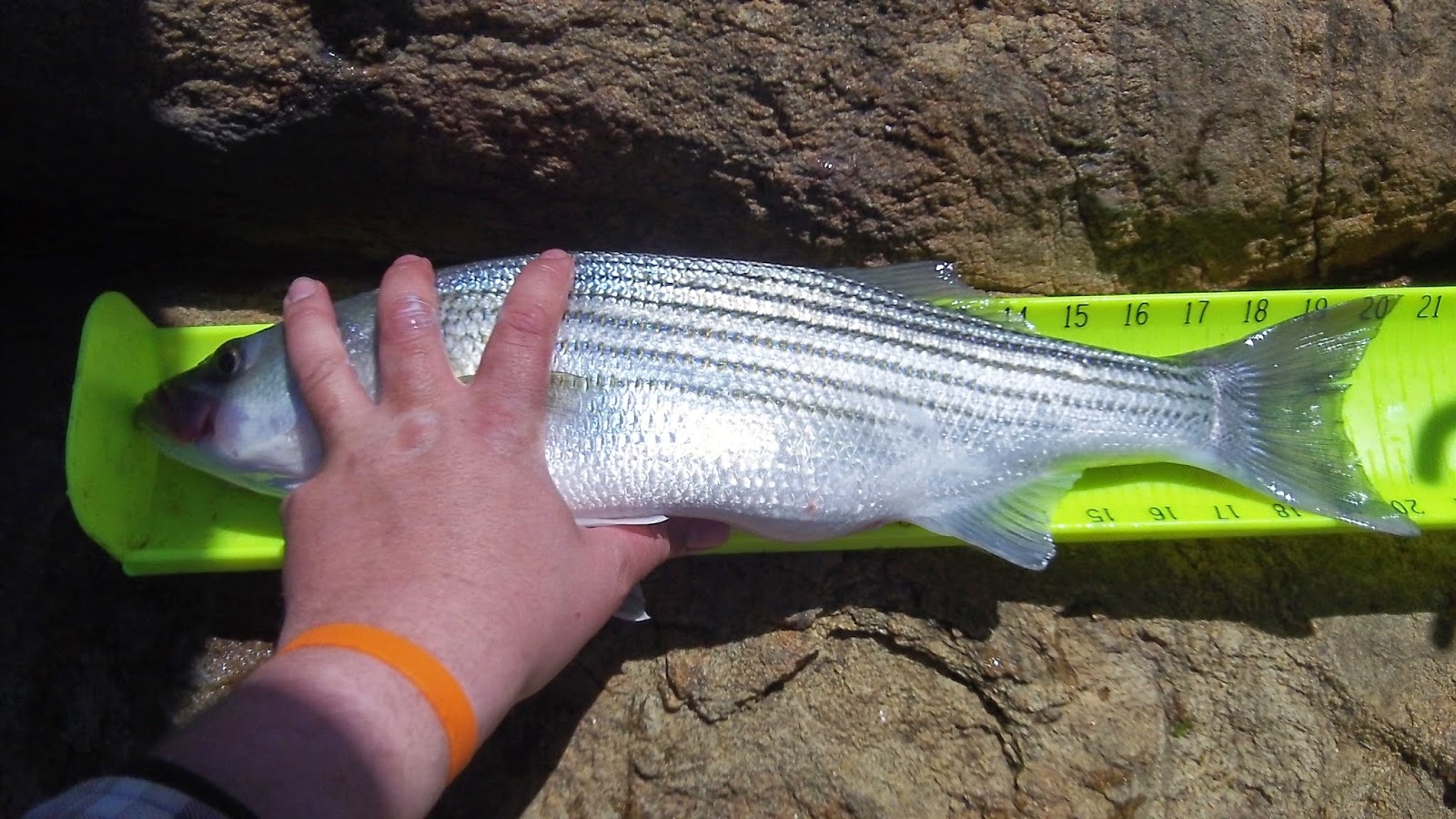 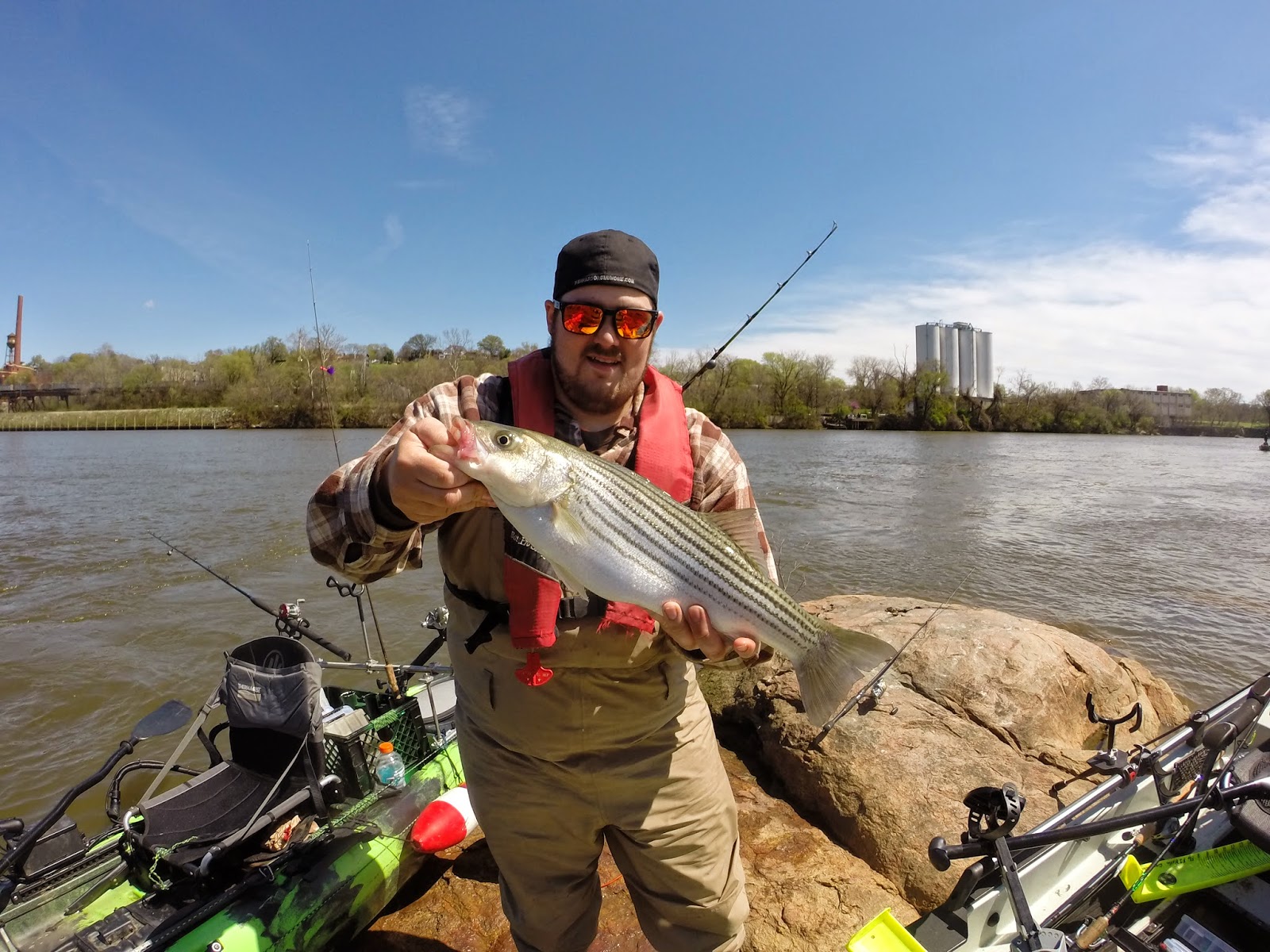 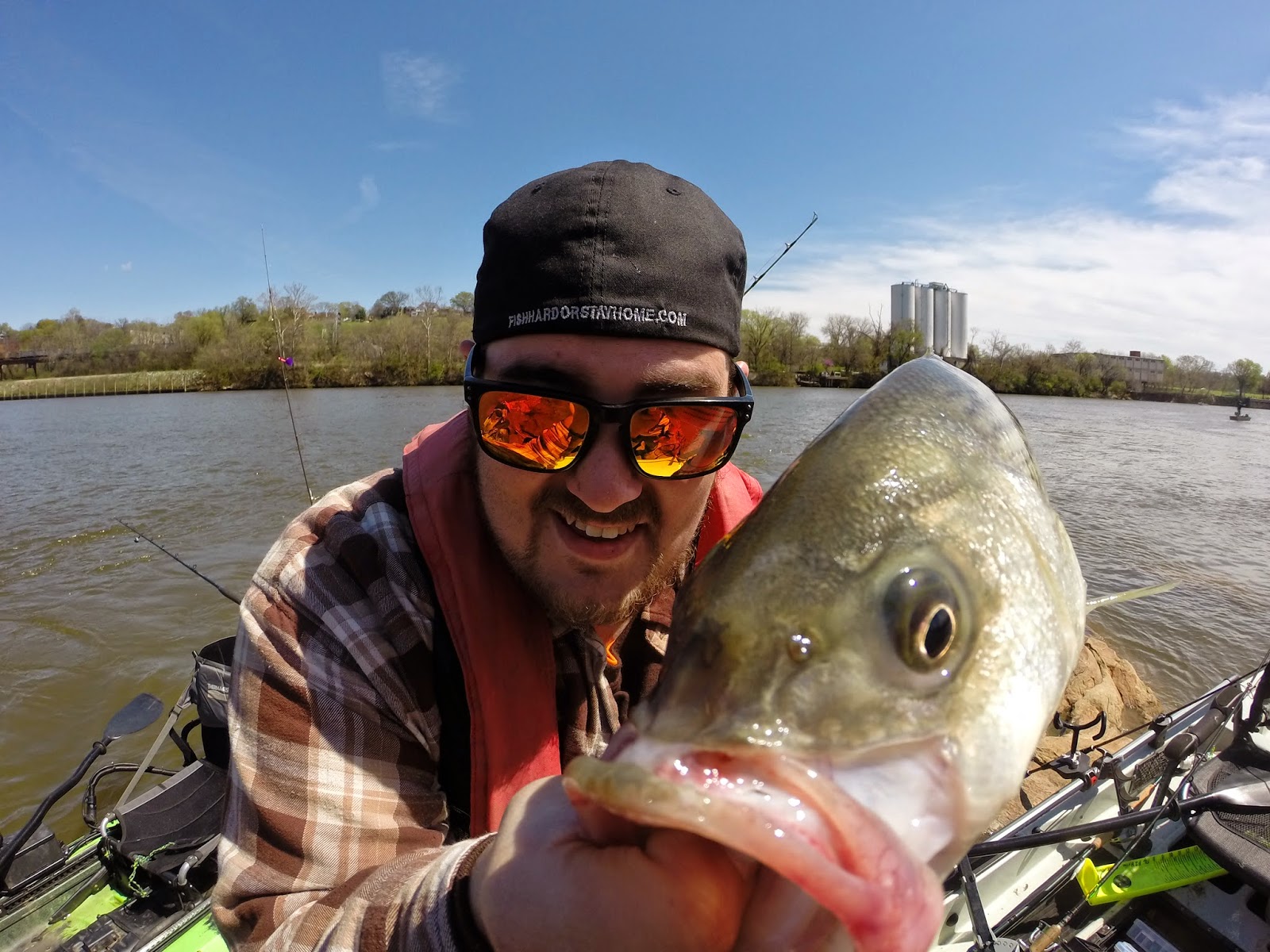 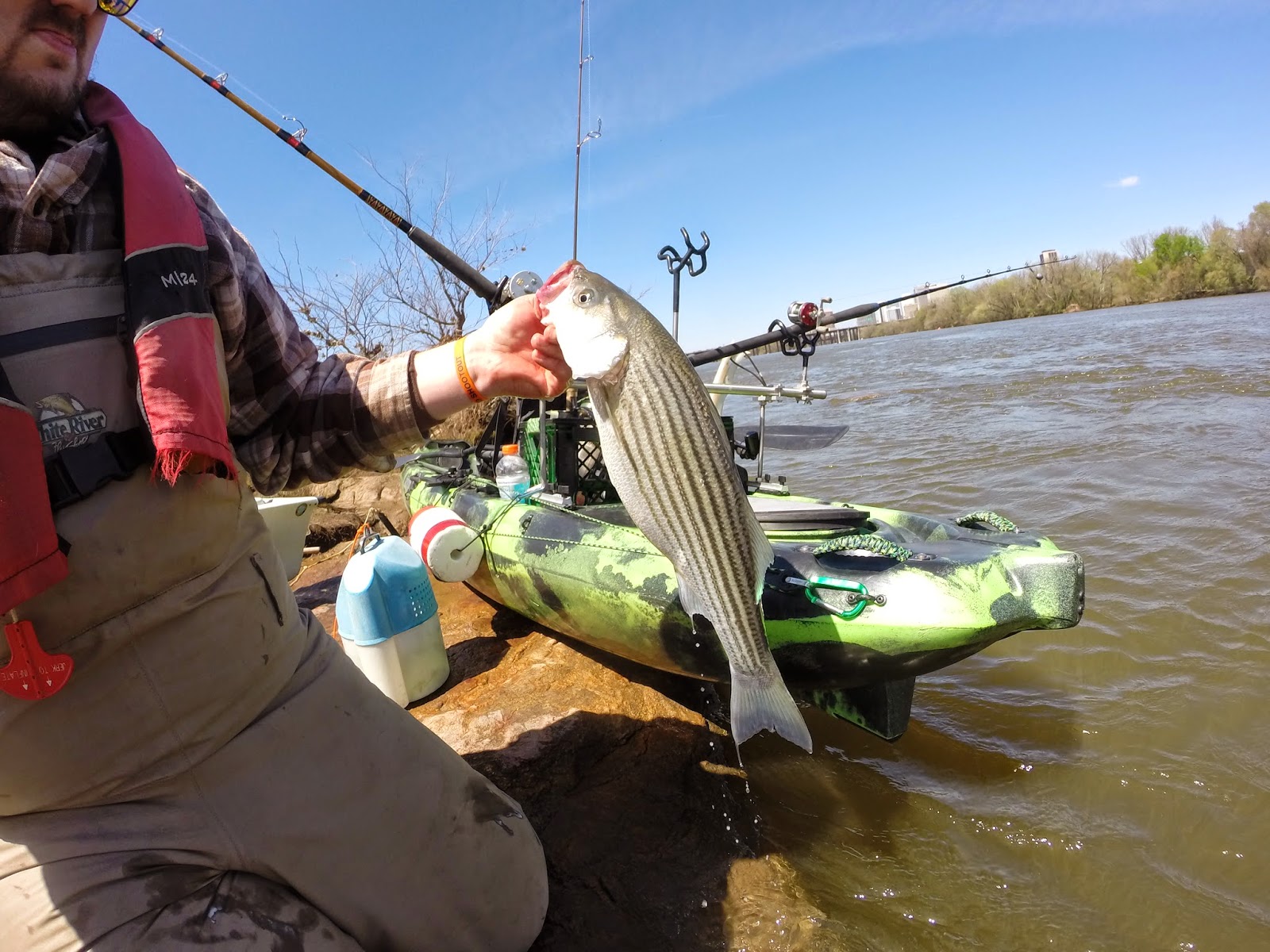 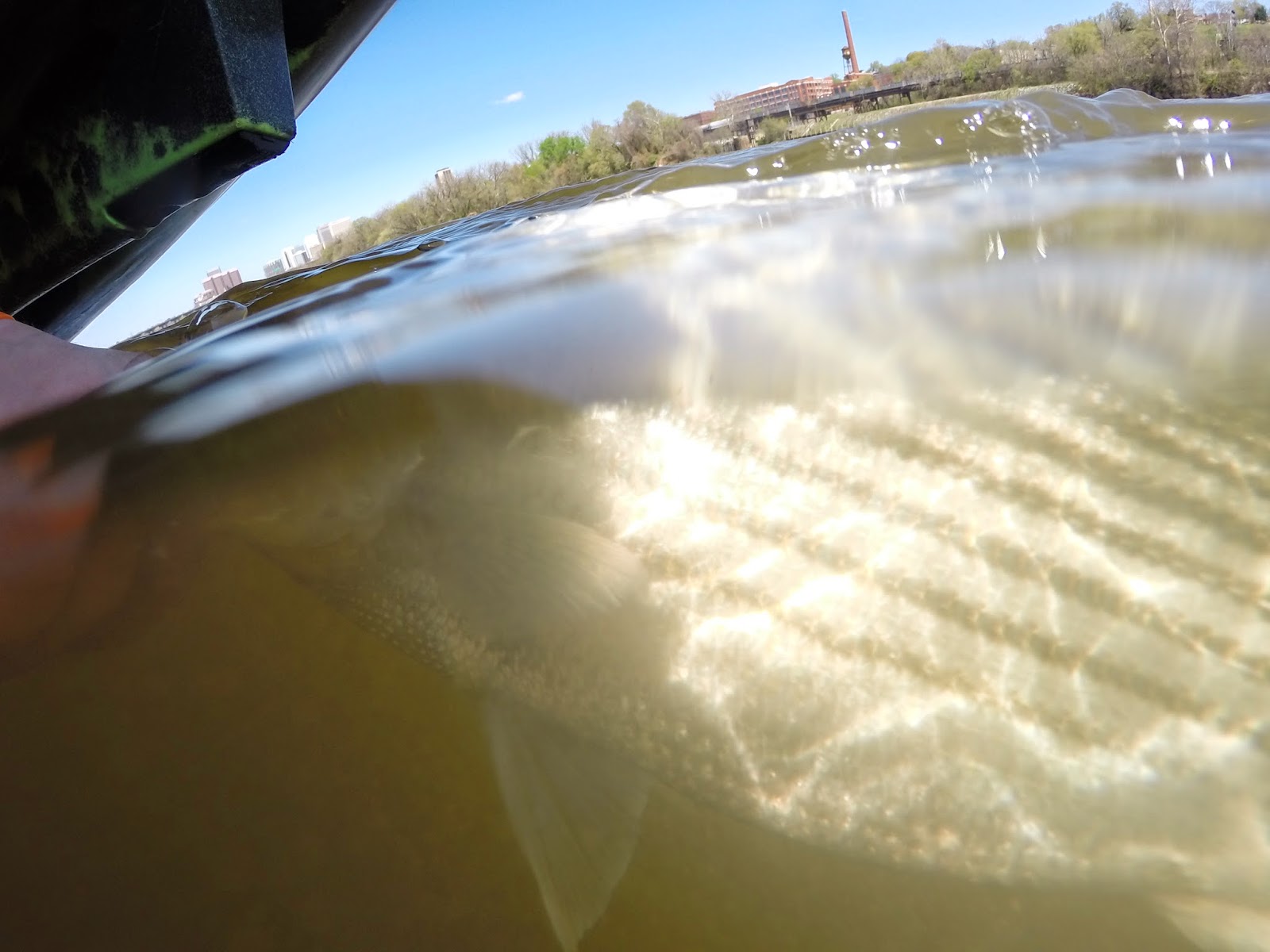 Knowing it would be a very tight race for 1st place with two nice Blue Cats being caught, we decided that it was very important for Grant to land an American Shad. Generally Americans are larger than Hickories in weight and in length, so landing even an average American could add precious inches to his overall total. The only problem… the Shad were not complying with the plan. As it would seem, the Shad we were after were not in the area, however Grant mentioned that he kept bumping what he thought were herring. This sparked the memory of a situation I had from two years ago where the American Shad would lightly strike the bait I was throwing and if you weren’t keyed in on such a minute strike you simply would not hook them. I relayed this knowledge to him and he executed within minutes, landing a solid American Shad to add the few inches that proved to be just what he needed to pull out the win. That’s a great example of why we do pretty decent in these tournaments. We combine our knowledge and experiences to form a plan of attack… and in the end we’re usually both competing for the win. 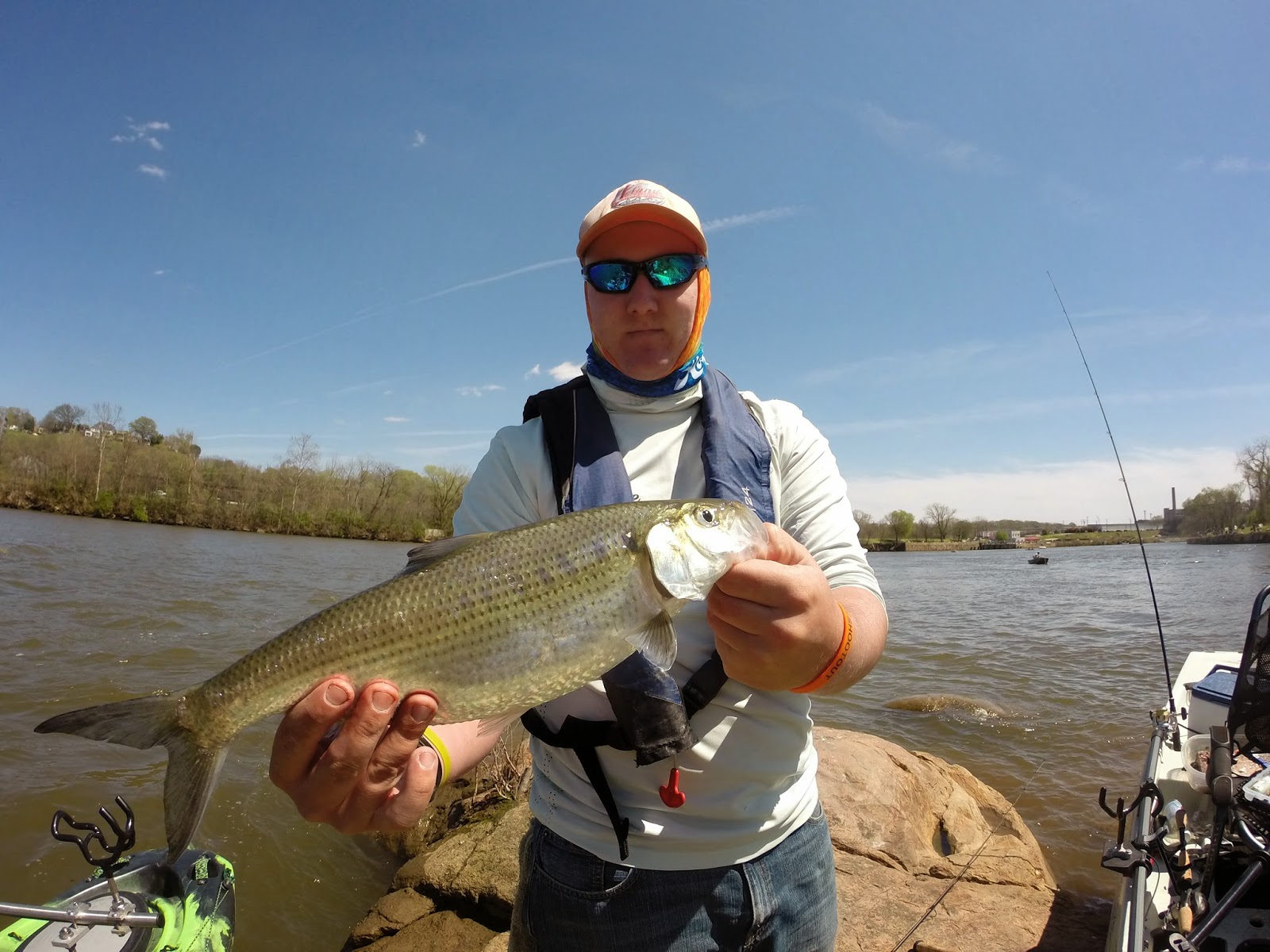 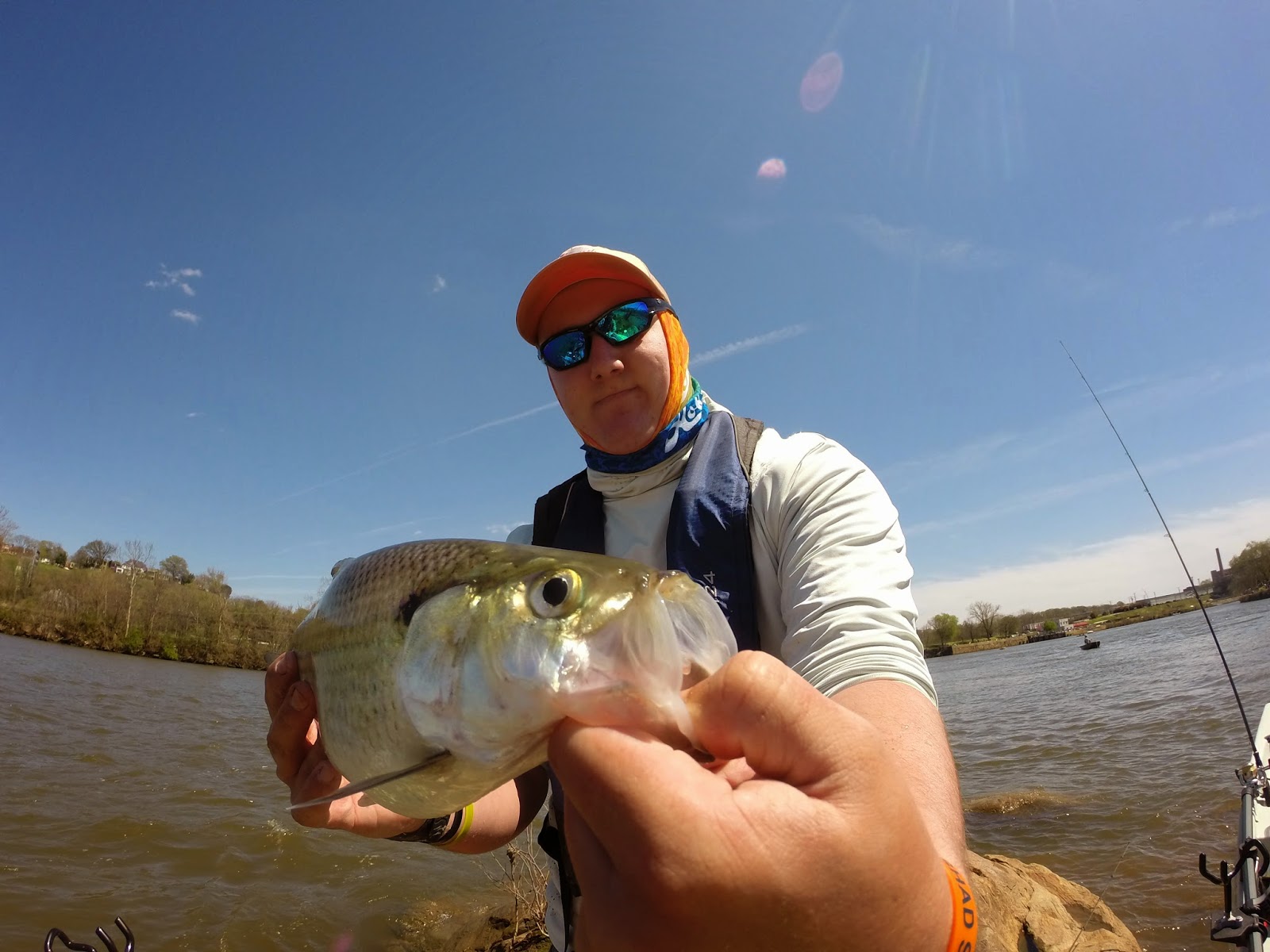 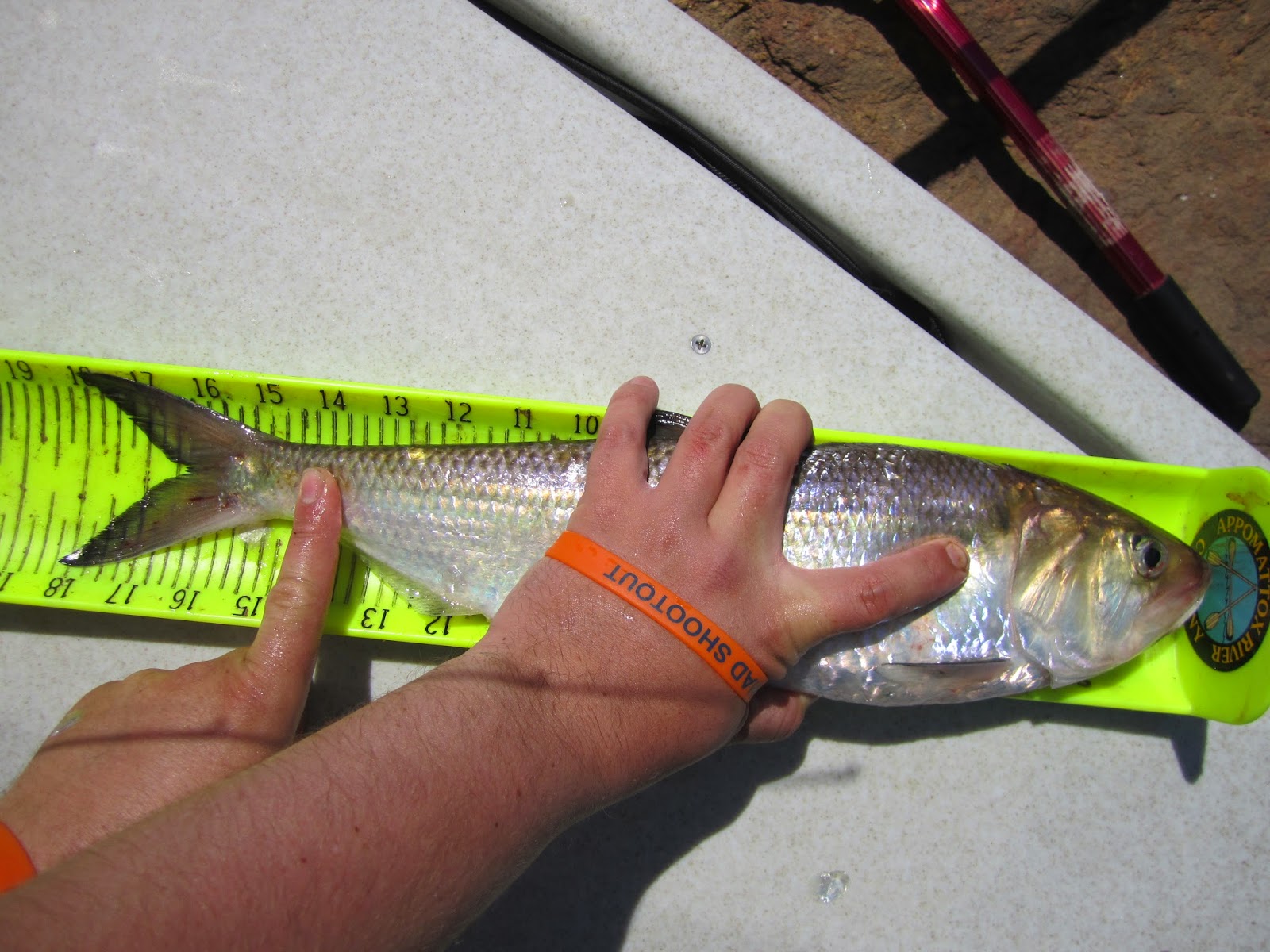 We fished for a few more hours and left the river at around 4 just to be sure we beat traffic. 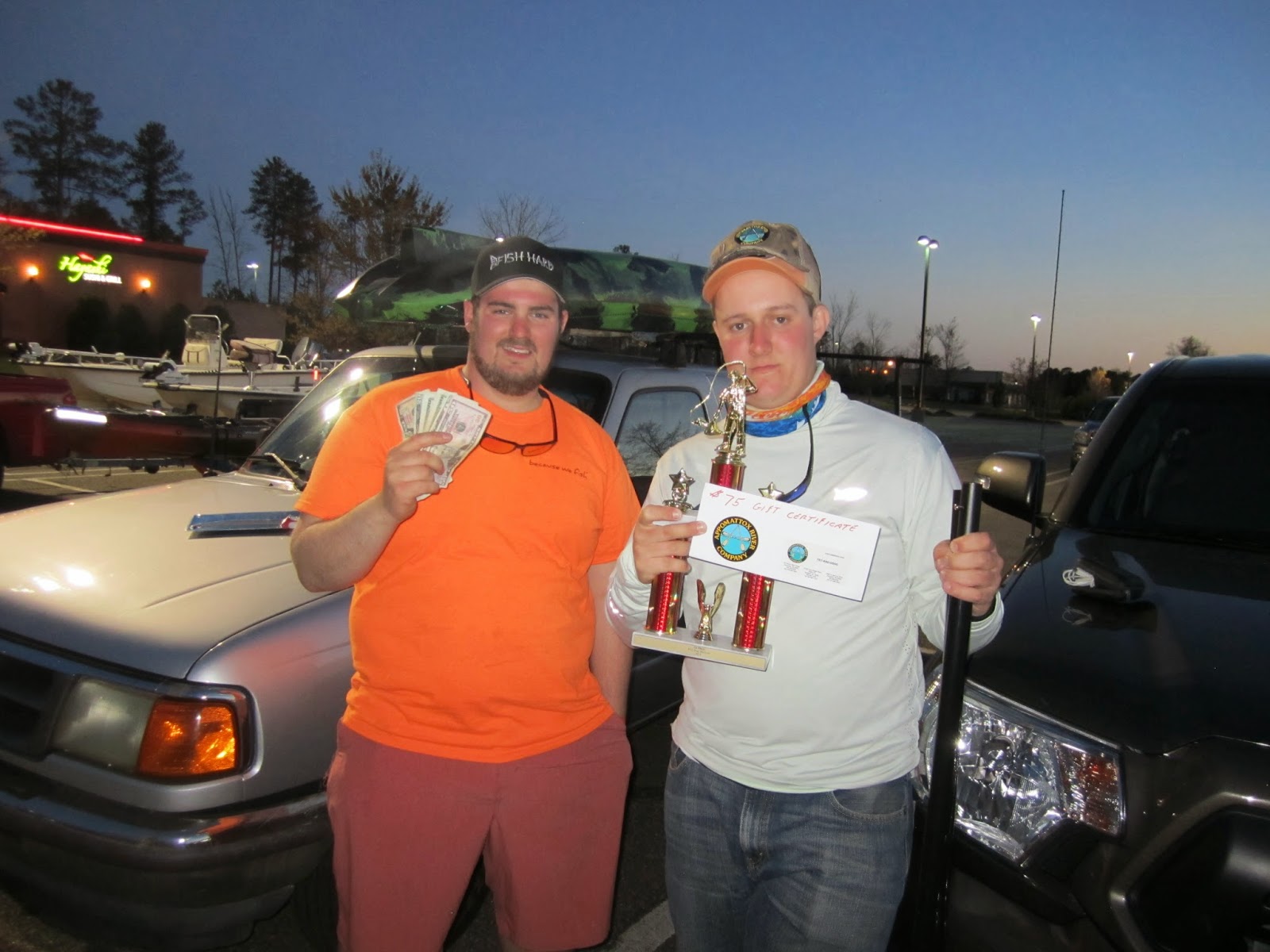 The weigh in and raffles were fun as always. We spent some fun times with a great group of guys all the while raising money for an awesome cause. Grant brought home the 1st place trophy for the second year in a row with a total of 72 inches, beating out 2nd place by a half inch, proving that last American Shad was as important as we thought it’d be. I won the Striper Division and brought home about $155 bucks along with some sweet winnings in the raffle which included a badass Bubba Blade brand fillet knife! We love this tournament because of its variety of species along with its multiple fish limit and I think it could go without saying but we can’t wait for next year! It was a good way to end the Shad season and a strong momentum push for the Yakattack tournament in May. Until then, it’s back to chasing that paper. Trophy fish beware.