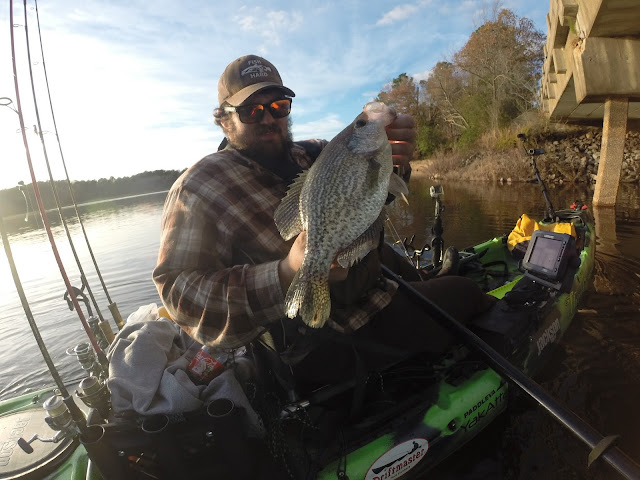 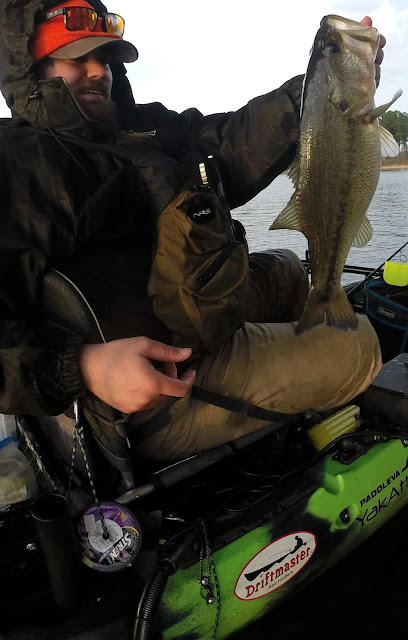 We have had a very mild fall here in Virginia.  Unlike in recent years when we’d be in the 20s and 30s by now, the air temperatures have only recently begun to drop out of the 60s. With the overnight temperatures dipping into the freezing range, thus in turn, causes the lakes to hit that magical water temperature of 55*. That perfect water temp that causes the Crappie to school up heavy for the winter months to come. 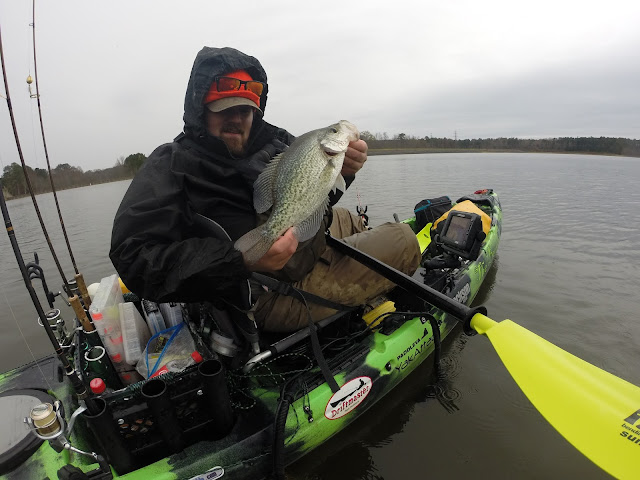 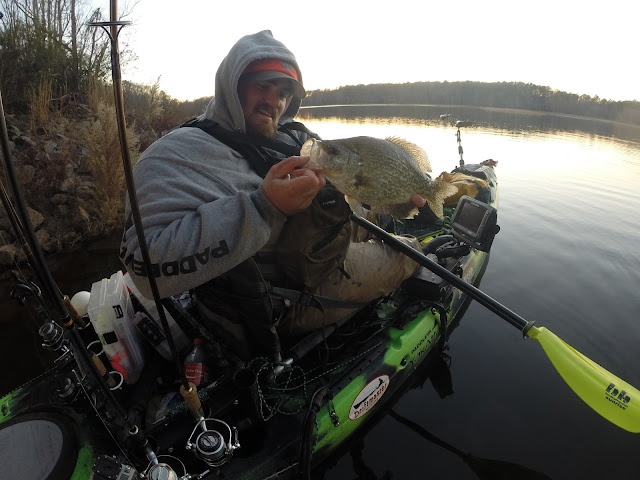 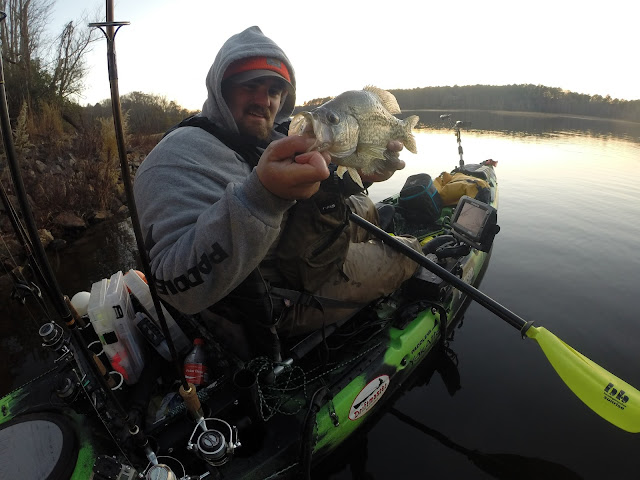 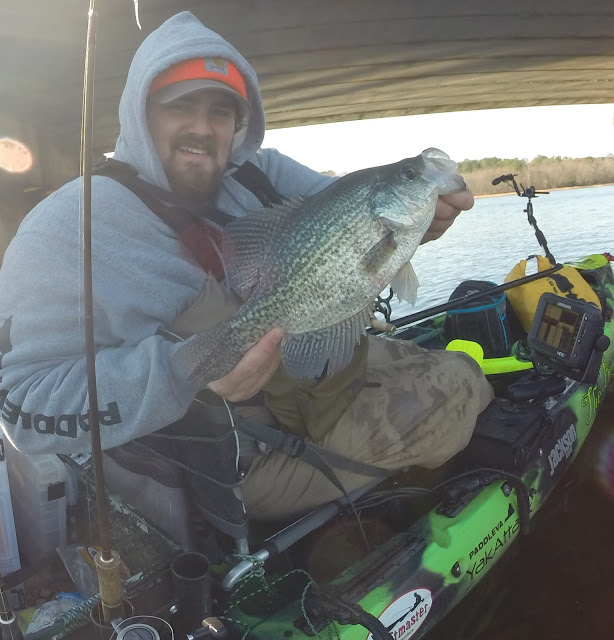 I took advantage of these ideal conditions to try and run down my 13th Virginia trophy species by targeting big Black Crappie in one of Virginia’s best low-key Crappie destinations. By Virginia standards a trophy Crappie must meet or exceed 15 inches or 2 pounds and it wasn’t long before I ran into large schools of fish that were pushing that mark. 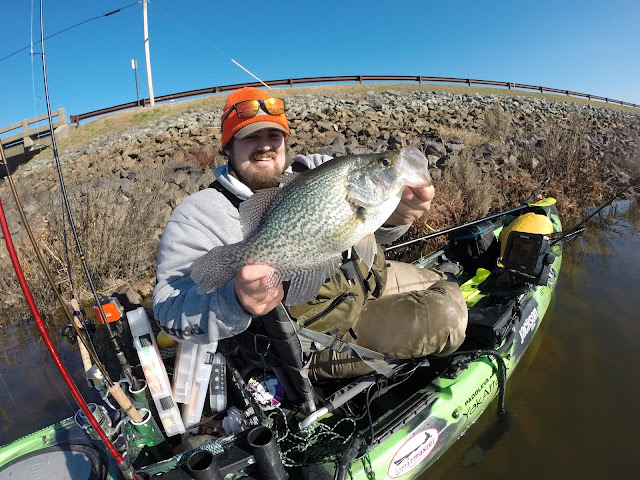 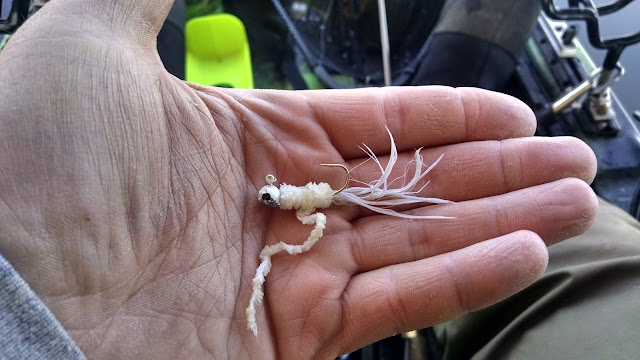 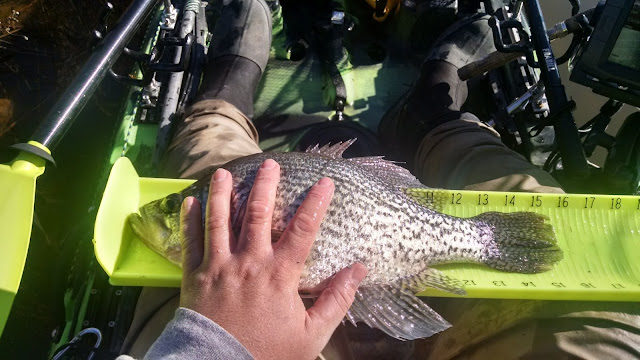 Though I managed to get the majority of my slabs by floating and drop-shotting live minnows, my largest Crappie, a 15.75” fish, fell to a basic 1/16 oz white marabou jig smothered in Megabass fish scent. After a brief fight on my ultra-light set up I had my 13th trophy species in my grasps! 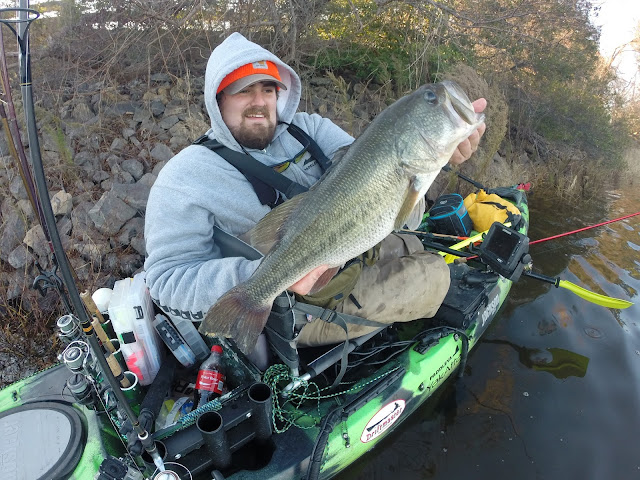 To go along with the Crappie I also got a surprise from a bruiser Largemouth Bass that decided a Crappie minnow would make for a quick, easy snack. It was quite the battle on light line and a mosquito hook! She was a beautiful bug eyed fish that met Virginia trophy standards at 22 inches. 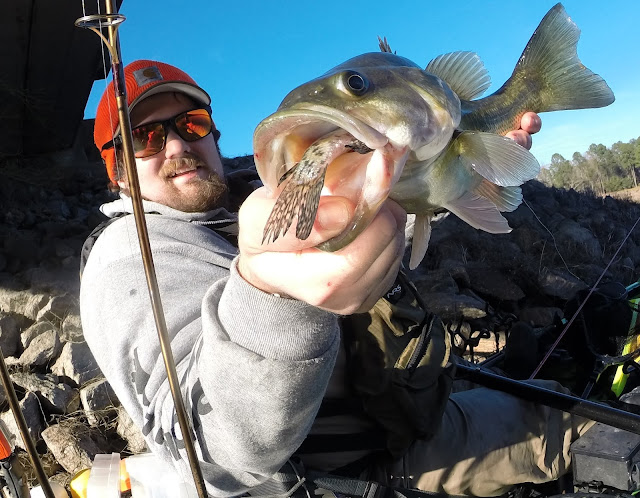 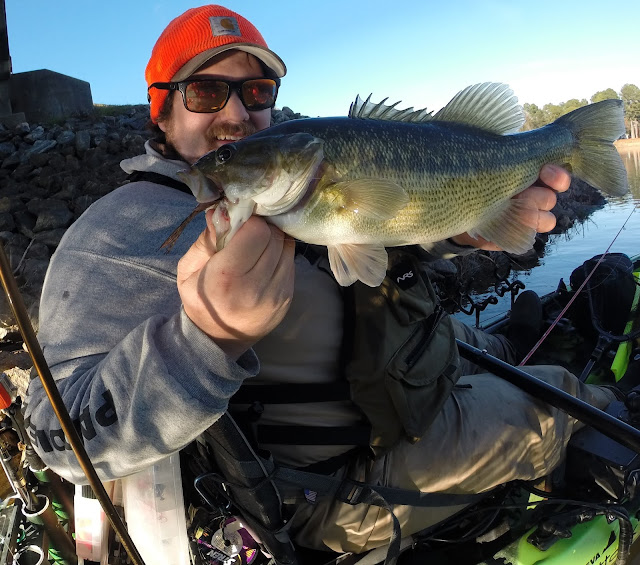 The final and most exciting surprise of the weekend came while I was reeling in a juvenile Crappie. While winding in the little guy I a felt a sudden, sharp jolt… something ate that Crappie. I let the fish swim for a few brief moments before setting the hook. After a quick tug of war I came in contact with my new Personal Best Spotted Bass at 3 pounds on the nose. He absolutely CHOKED the Crappie! After getting some pics and dislodging the fish wedged in his mouth, I let his swim on his merry way. Thus capping off a weekend to remember with two trophy fish, two new personal bests, and officially moving past the half way point to my life goal of becoming a Class V Master Angler via the kayak!